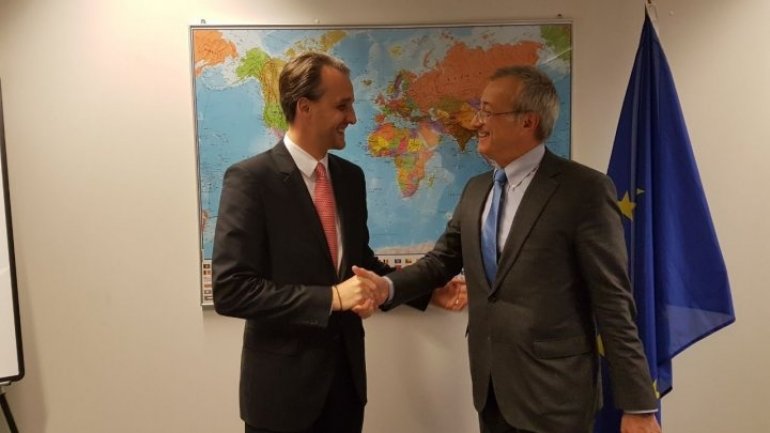 The national cooperation with the European Union on the defense sector was discussed in Brussels on Thursday, November 23, by Defense Minister Eugen Sturza, with the Chair of the European Parliament's Subcommittee on Security and Defense, Ana Elżbieta Fotyga, and the Director of the Civilian Crisis Management Bureau of the General Secretariat of the Council of the European Union, Pedro Serrano.

During the meetings, officials discussed EU tools to develop defense capabilities in crisis management through the Common Security and Defense Policy (CSDP).

In this respect, Eugen Sturza mentioned that CSDP offered the National Army the opportunity to get acquainted with new EU policy through the participation of over 50 Moldovan soldiers in various training courses, seminars and thematic conferences .

At the same time, the Minister of Defense stressed the importance of the Republic of Moldova's participation in EU crisis management missions, a commitment undertaken by our country with the signing of the Moldova-EU Association Agreement in 2014.

According to Sturza, until now, Moldova has deployed three representatives to the EU Missions in Mali and the Central African Republic, including a National Army military, thus contributing to strengthening peace and stability efforts at European and international level.