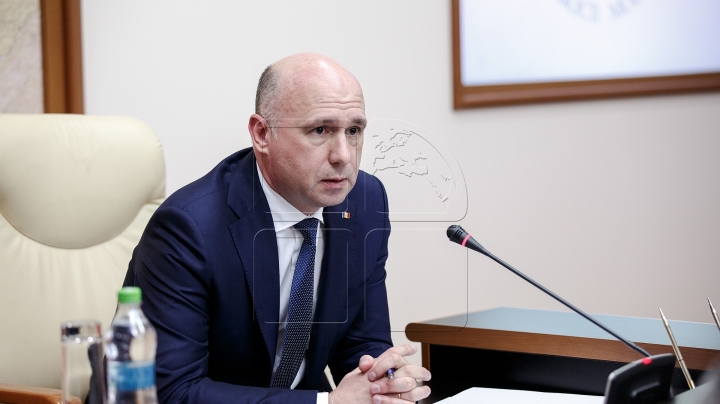 The value of the commercial potential, the increase of investments and export of goods were some of the subjects discussed by the prime minister Pavel Filip with many heads of states. In the Kyrgyz capital was started the reunion of the Council of Heads of the Community of Independent States, which is also attended by Pavel Filip.

During the event, was announced that the prime minister of Belarus, Andrei Kobeakov, will have a visit to Moldova at the beginning of October.

The prime minister Pavel Filip had the first meeting with the Kyrgyz president, Almazbek Atambaev. Filip mentioned the starting of export of Moldovan wines on markets in Biskek, and Atambaev opted for the development of a partnership in the agriculture, industry and IT fields.

Afterwards, Pavel Filip met the president of Azerbaijan, Ilham Aliyev. The prime minister Filip talked about the reforms launched in Chisinau regarding the creation of an attractive environment for foreign investors and invited businessmen from Azerbaijan to come to Moldova.

At the same time, it was convened that after a break of 4 years to renew the activity of the mixed governmental commission.

“We talked about investment projects from Azerbaijan side, because they have the necessary capacities. They made a lot of investments in both Ukraine and Romania. Because we are between Ukraine and Romania we wanted to tell that we also want to be on their investment map” declared the prime minister Pavel Filip.

The agenda of the meeting in Biskek also included a meeting of the prime minister Pavel Filip with the president of Belarus, Alexandr Lukasenko.

“We talked about many joint projects which have to be fulfilled and will be discussed in October when the prime minister of Belarus, Andrei Kobeakov, will come to Chisinau. Also then we will conduct the inter-governmental commission” said prime minister Pavel Filip.

At the same reunion, the Moldovan minister of foreign affairs, Andrei Galbur, had a meeting with his Russian counterpart Serghei Lavrov. The two ministers have renewed the interest to overpass the existing problems in the relations between Moldova and Russia as soon as possible.