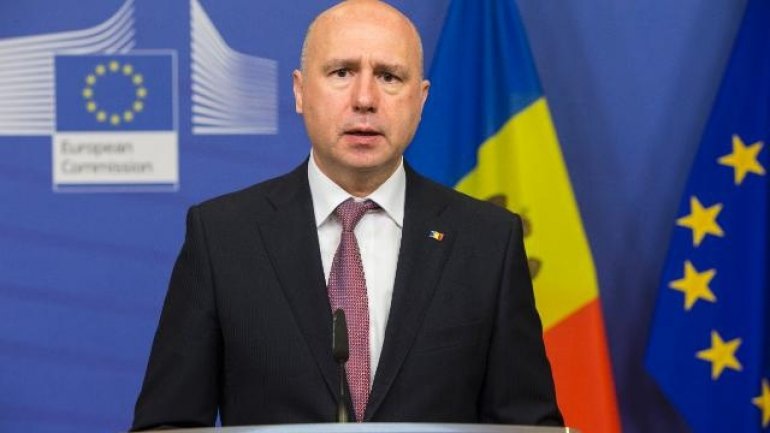 Prime minister Pavel Filip has today a full day of meetings on his program schedule of his official visit to Brussels. The Moldovan official met the European Parliament President Martin Schulz.

After the meeting, prime minister Filip said that "the European Parliament was the institution that recognized Moldova's European perspective which is an extremely important encouragement for our efforts towards European integration".

"It was a pleasure to meet again with European Parliament President Martin Schulz. I thank him for the discussion we had. The encourage and support of the EP are particularly important to us. We remarked the changes from March until now. At that time we were concerned about the resumption of reforms to regain the confidence of development partners and citizens. I came with good news, because the country has managed to sign an agreement with the IMF, a very important goal for us which is actually a certificate of trust and offers the opportunity to unlock funding from the EU and World Bank.

The mission we have undertaken is not an easy one. I reiterate that both the Government and colleagues from Parliament are determined to continue meeting the obligations coming from the Association Agreement with the European Union. I assured Mr. President Schulz that after the presidential election in Moldova, the government and the parliamentary majority remains fixed throughout European way.

We appreciate very much that in 2016 Moldova remains included in the list of priority of the European Parliament program, EP support that provides democratic support and allows us to improve the current form of cooperation Government - Parliament and to streamline mechanisms for the involvement of civil society in the implementation of the Association Agreement.

Today's meeting was a good opportunity to thank the President Schulz for support given to Moldova as President of the European Parliament. Namely EP was the institution that recognized Moldova's European perspective which is extremely important encouragement for our efforts towards European integration" said prime minister Pavel Filip.