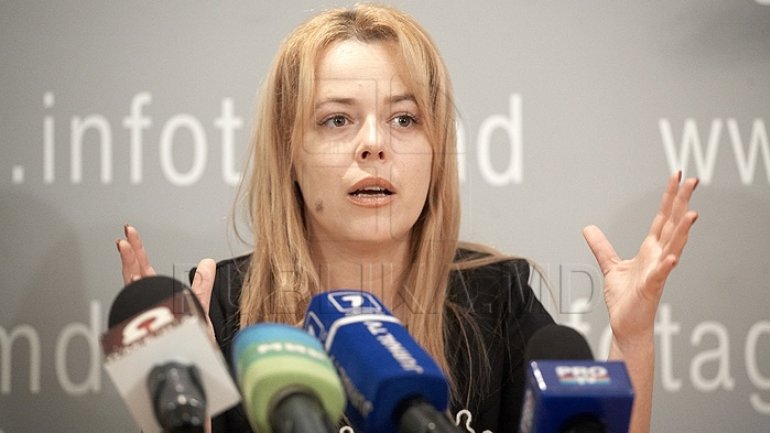 At least 70 persons got caught into the trap of the criminal gang a part of which was the lawyer Ana Ursachi. The declarations are given by a victim, resident of Chisinau.

The woman tells that in 1998 she needed urgently a sum of money in order to treat her ill mother and lend the necessary sum of money from this gang, putting the apartment as a mortgage.

The woman confesses that even though she returned the entire sum, Ursachi brought her to trial in order to take her apartment from the debt.

"It was a big gang of conmen, protected by high-level officials. I also went to police, to the prosecutor's office, but with no results. All my claims and materials have disappeared. An investigator told me at that time that he cannot help me, because the gang is protected by influential persons. Afterwards Moiseev was sentenced, and Grisin managed to escape in Russia. He made mandates on the names of some lawyers from Chisinau and wants to leave us without homes" confessed the woman.

PUBLIKA.MD reminds that the lawyer Ana Ursachi, penally investigated for murder, might be put on international search. The information was confirmed by the prosecutor Dumitru Stefarta.

On 27 October 2016, to Ana Ursachi was sent the prosecutors' summoning, which had to announce her on the starting of a penal case and that she has the status of accused.

The prosecutor Dumitru Stefarta said that if Ursachi will not go to the prosecutor's office until November 1st, 2016, she might be put on international search.

At the same time, Stefarta confirmed that the lawyer left the country, with reference to data from Border Police.

The criminal past of Ana Ursachi become known to the public after the portal Today.md made a coverage on this subject.

The author of the investigation presents evidence that shows that 19 years ago, the main character, together with her husband and other accomplices, were identifying lonely persons, killing them, and afterwards taking their apartments.

According to the directors of the documentary, Ana Ursachi managed to get away from the punishment thanks to her father, who was quite influential at that time.

Moreover, she had the support of the notorious thief Grigori Caramalac, nicknamed Bulgaru, and made pressure on prosecutors and judges.

We tried to contact Ana Ursachi, in order to find out how she explains the accusations addressed to her, but she did not answer the phone.

Previously, she threatened the media institutions with trial, if they will publish this information.