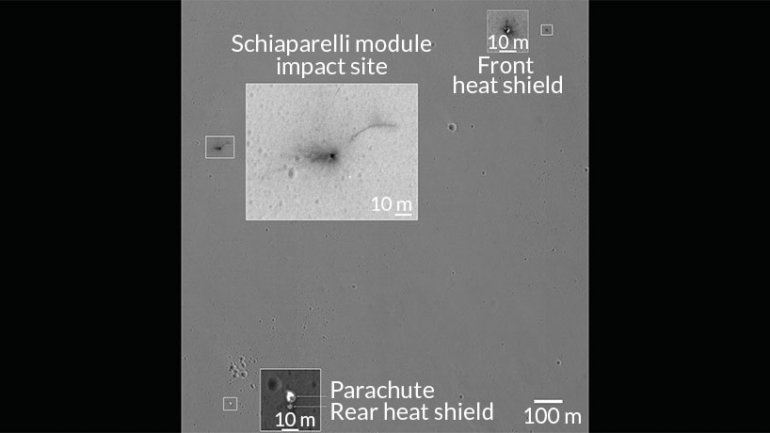 The Schiaparelli Mars lander, missing in action since its October 19 descent, dinged the surface of the Red Planet. A black spot framed by dark rays of debris mark the lander’s final resting place, the European Space Agency reports online October 27.

Radio contact with Schiaparelli was lost about 50 seconds before its planned landing. Early analysis of data from the lander indicate that the parachute was jettisoned prematurely and that the landing rockets shut off just a few seconds after igniting.

Engineers with ESA’s ExoMars mission are still analyzing that data to understand what went wrong, writes The Science News.