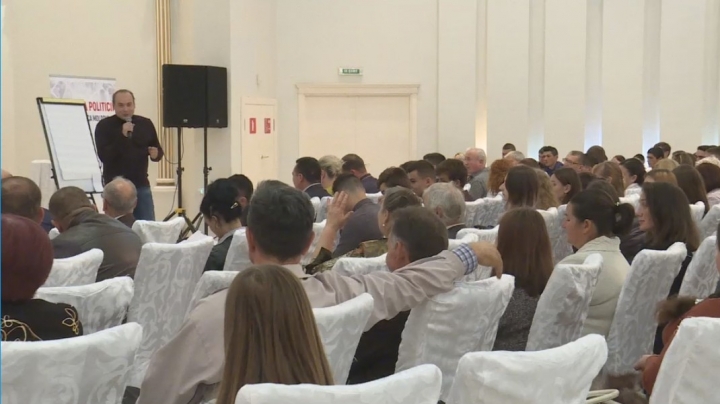 The lack of transparency and integrity in parties are displeasing the youngsters from Ungheni. On 4 October 2016, they had a meeting with the democratic deputies in the framework of a new round of debates on the reform of political class. The participants to discussions also declared that they are disturbed by the endless conflicts between politicians and asked a bigger involvement in the fight against corruption.

The residents of Ungheni also proposed for the parties to draft jointly modern strategies of economy development:

“First of all, to fight for the country, to have a prosperous future, and for youngsters to not go abroad.”

“I would like for present-day politicians to give an example for youngsters and the rest of the nation, for the society.”

People also pleaded for the change of the electoral system by introducing the uninominal vote:

“I am expecting for them to be honest people, who are for the country, who are going in the parliament and are delegated by the nation.”

“We are coming to the debates with people in order to gain some opinions, some solutions on the way of conducting reforms, if we are talking about the subject of debates, political system and political class in general. Here were given many proposals, like the change of the electoral system, like the transparency” declare the PDM deputy, Raisa Apolschi.

“It is for the first time when we seriously approached the subject of youngsters, they showed their displeasure, criticized the politicians, so there were very vivacious discussions. The nepotism in Moldovan politics disturbed them” said Corneliu Ciurea, political analyst.

The PDM campaign “Reform in politics”, conducted in a partnership with the civil society, has the objective to identify ideas and solutions for the improvement of the activity of Moldovan parties.