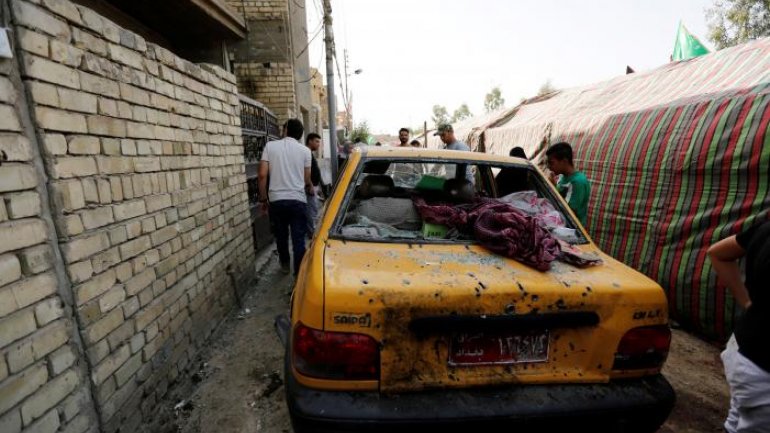 Around 55 people were killed in Iraq in attacks on Saturday that targeted a Shi'ite Muslim gathering, a police check-point and the family of a Sunni paramilitary leader opposed to Islamic State, according to security and medical sources, reports Reuters.

The escalation comes as Iraqi forces are getting ready to launch an offensive to take back Mosul, the last Iraqi city still under control of Islamic State, in northern Iraq.

The heaviest toll was caused by a suicide bomber who detonated an explosive vest in the middle of a Shi'ite gathering in Baghdad, killing at least 41 people and wounding 33.

The explosion went off inside a tent filled with people taking part in Shi'ite Ashura rituals, which mourn the killing of Prophet Mohammad's grandson Hussein in the 7th century.

Islamic State claimed the attack in an online statement.

Some people were also in the tent to mourn the death of a local resident, authorities said. The tent was set up in a crowded market in the city's northern al-Shaab district.

Gunmen believed to belong to Islamic State, a Sunni group, earlier in the day staged two attacks north of Baghdad, one targeting a police check-point and the other the house of a Sunni militia chief who supports the government, police sources said.

Eight policemen were killed and 11 others wounded in the first attack which took place Mutaibija, south of the city of the city of Tikrit, while the militants had three dead in their ranks.

In the second, the wife and three children of Numan al-Mujamaie, the leader of the Ishaqi Mobilization militia, were killed when gunmen stormed his house in the town of Ishaq in his absence.

The group claimed a truck bombing in July that killed at least 324 people in the Karrada shopping area of Baghdad - the deadliest single attack in Iraq since the U.S.-led invasion that toppled Saddam Hussein in 2003.