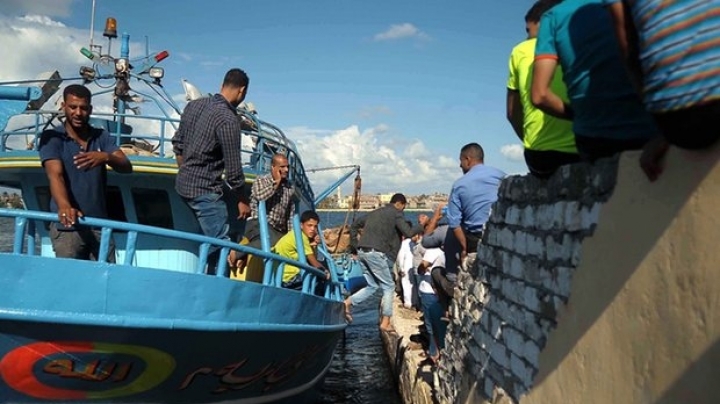 A record number of migrants is expected to drown in the Mediterranean in 2016, after the estimated death toll in this week’s latest shipwreck rose to about 300 on Friday, reports The Guardian.

Egyptian officials have rescued about 160 survivors from Wednesday’s shipwreck off the country’s north coast, leaving about 150 people still unaccounted for, according to the International Organisation for Migration (IOM).

Those confirmed dead include 10 women and a baby, taking the estimated number of migrants to die in the Mediterranean so far this year to more than 3,500. At the current rate, the death toll for 2016 is expected to easily surpass the figure for 2015 of 3,771, which was the highest ever recorded. By this stage in 2015, 2,887 people had drowned.

The number of people trying to reach Europe has fallen significantly since last year’s record levels, as a result of the deal struck between the EU and Turkey and the closure of a humanitarian corridor between Greece and Germany. The flow of migrants from the three main departure points – Libya, Turkey and Egypt – stands at roughly the same level as 2014.

Libya remains the most popular departure point in north Africa, particularly for people fleeing war, poverty and oppression in Nigeria, Eritrea, Gambia and Sudan. Several thousand migrants also leave from Egypt every year. Flavio di Giacomo, spokesman for IOM, said: “The Egyptian route is used mainly by migrants coming from eastern African countries – Eritrea, Somalia, Sudan – and some coming from the Middle East.” Unusually, the majority of Wednesday’s survivors were from Egypt.

Syrians made up the majority of people leaving Egypt in 2015, but their number has fallen drastically in 2016, partly because Syrians can no longer get visas to enter Egypt. By the end of August, just 577 had reached Italy in 2016, compared with 6,710 in the first eight months of last year.

There is little political will in Libya to hold smugglers to account, given the lawlessness in the country and its ongoing civil war. Egypt has been more proactive, drafting an anti-smuggling law that is in the process of being ratified.