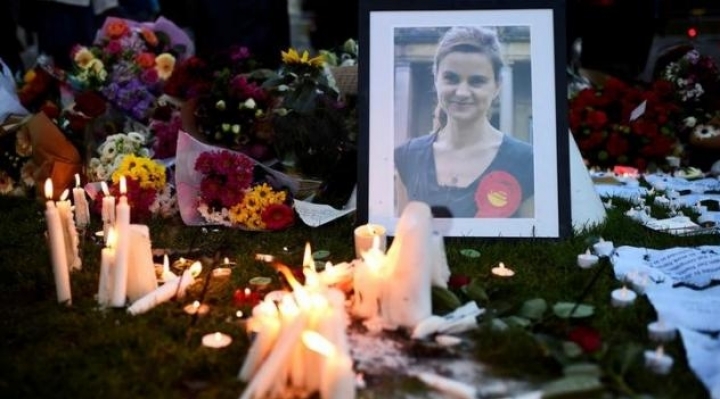 The man charged with murdering British lawmaker Jo Cox gave his name as "death to traitors, freedom for Britain" when he appeared in court on Saturday accused of a killing that has left next week's vote on European Union membership in limbo.

The murder of Cox, a 41-year-old mother of two young children, has shocked Britain, elicited condolences from leaders around the world and raised questions about the tone of campaigning ahead of the EU referendum.

Cox, an ardent supporter of EU membership, was shot and stabbed in the street in her electoral district in northern England on Thursday.

Wearing a gray sweat shirt and trousers and flanked by two security guards, 52-year-old Thomas Mair was asked his name by a clerk at Westminster Magistrates' Court in London.

Mair, balding with a gray goatee beard, made no further comment in the 15-mintue hearing, his first appearance in public since police arrested him in the town of Birstall, Yorkshire, where Cox was killed.

He is charged with murder, causing grievous bodily harm, and possession of a firearm and a knife. He was remanded in custody and will appear at London's Old Bailey court on Monday.