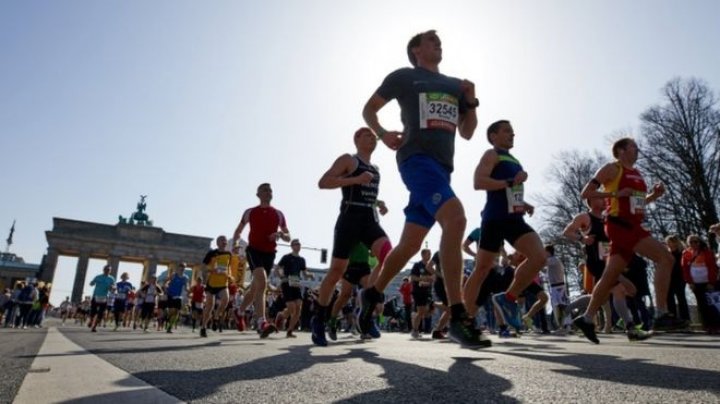 German police have foiled an alleged plot to attack Sunday's half-marathon in Berlin.

They said six men were arrested over plans to carry out a "violent crime".

The newspaper reports the men have suspected links to a Tunisian man who killed 12 people in the city in a December 2016 truck attack.

Anis Amri was shot dead in Milan days later after a Europe-wide manhunt.

He had pledged allegiance to the Islamic State group.

Sunday's police statement said that several addresses were searched along with two vehicles. Those detained were aged between 18 and 21.

The police declined to give further details as their inquiries are ongoing.

An unnamed senior police official is quoted as telling Die Welt: "We are still making our assessment. But it was probably a close call."

More than 30,000 athletes participated in the half-marathon event on Sunday.

He was speaking in Muenster, where two people were killed and 20 more injured on Saturday after a van was driven into the outdoor seating area of a restaurant.

Officials say the suspect in that attack, who killed himself, is not known to have any terror links, and is thought to be a German national with mental health issues.