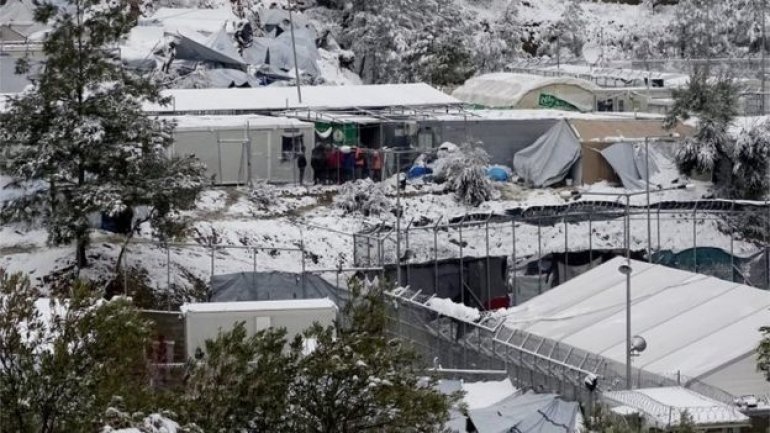 Icy temperatures across Europe have left more than 20 people dead and blanketed even the Greek islands and southern Italy in snow, informs BBC.

Italy saw ferries and flights cancelled and schools in the south are expected to close on Monday.

Turkey has also been badly affected. The Bosphorus was closed to shipping as a heavy snowstorm hit Istanbul.

At least 10 people died of cold in Poland. Night temperatures in Russia plunged to minus 30C.

Normally milder Greece has witnessed temperatures of minus 15C in the north where an Afghan migrant died of cold last week and roads were closed.

In Athens, the temperature failed to rise above 0C and several of the islands were covered in snow.

Some of the Greek islands are home to thousands of migrants and many are being moved to temporary housing and heated tents.

Homeless hostels in Italy are opening their doors day and night as the weather was blamed for the deaths of seven people, five of them living out in the open.

Russia has experienced its coldest Orthodox Christmas in 120 years.

Prague has had the coldest night so far this winter, Czech officials say, with three deaths reported, two of them homeless people.

Reports from Bulgaria say two Iraqi migrants were found dead in a forest in the southeast of the country.

The cold weather was expected to continue in much of Europe over the weekend.