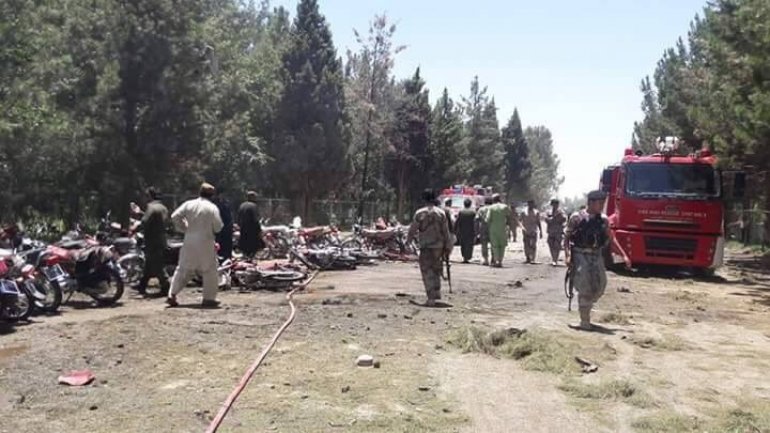 At least 20 people have been killed and dozens wounded in a car bomb explosion outside a bank in the southern Afghan province of Helmand, officials say, according to BBC.

Armed attackers have entered the bank and a gun battle is going on with security forces, Tolo News reports.

Civilians and members of the security forces are reportedly among casualties.

There was no immediate claim of responsibility but Taliban and Islamic State militants have carried out many deadly attacks in recent months.

Helmand police spokesman Salam Afghan told BBC that the bomber had donated his explosives at the gate of the new Kabul Bank branch.

The emergency hospital in Helmand also confirmed that 20 bodies and 50 injured had been shifted to the hospital. The wounded are still being admitted, BBC Afghan reports.