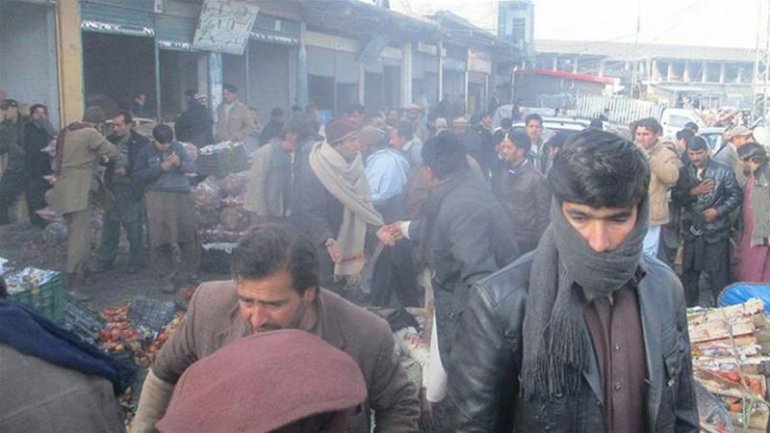 A bomb blast ripped through a vegetable market in Pakistan's northwestern tribal area, killing at least 20 people and wounding 50 others.

The explosion occurred Saturday morning at the Eidgah Market in Parachinar city, the capital of Kurram Agency, where a large number of people had gathered to buy fruit and vegetables, informs Aljazeera.

Local official Kurram Ikramullah said that 20 people had been killed and 50 were wounded.

Security forces cordoned off the area and a search operation for the perpetrators was under way.

No group immediately claimed responsibility for the attack.

Al Jazeera's Kamal Hyder, reporting from Islamabad, said the city has witnessed sectarian tension between Sunni and Shia Muslims in the past.

"It must be remembered that Parachinar has been over the past few years the scene of heavy sectarian violence between Shia and Sunni Muslim. It is a predominantly Shia area," he said.

"The explosion has caused heavy civilian casualties and the death toll is expected to rise."

Kurram is one of seven tribal areas of Pakistan governed by local laws and customs. It borders three Afghan provinces and is a key route for movement across the border.

Pakistan has battled armed groups since 2004, a campaign that has claimed the lives of tens-of-thousands of civilians and security forces.