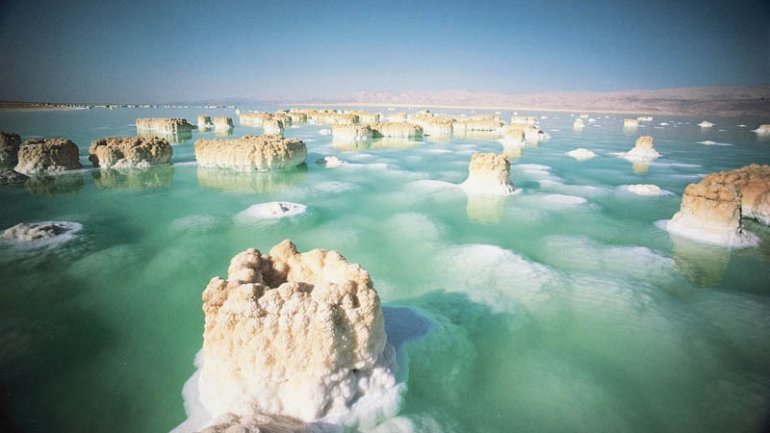 Something's happening at the lowest point on our planet, some 1,388 feet below sea level.

The Dead Sea, a salt lake nestled by Israel, Jordan and the West Bank, is shrinking at an alarming rate -- about 3.3 feet per year, according to the environmentalist group EcoPeace Middle East. And human actions are largely to blame, CNN reports.

"It's not just like one country is punishing the Dead Sea; it's more like the whole region," said photographer Moritz Kustner, who visited the area in February to work on his series "The Dying Dead Sea."

The Dead Sea needs water from the other natural sources surrounding it, such as the Jordan River basin. But around the 1960s, some of the water sources it relied upon were diverted. Israel, for instance, built a pipeline during that time so it could supply water throughout the country.

Mineral extraction industries are another main reason the water levels are declining, experts say. The Dead Sea's minerals have been hailed for their therapeutic properties and can often be found in cosmetics and other consumer products.

And then, of course, there's the Middle East's hot, dry climate, which makes it difficult for the lake to replenish itself.