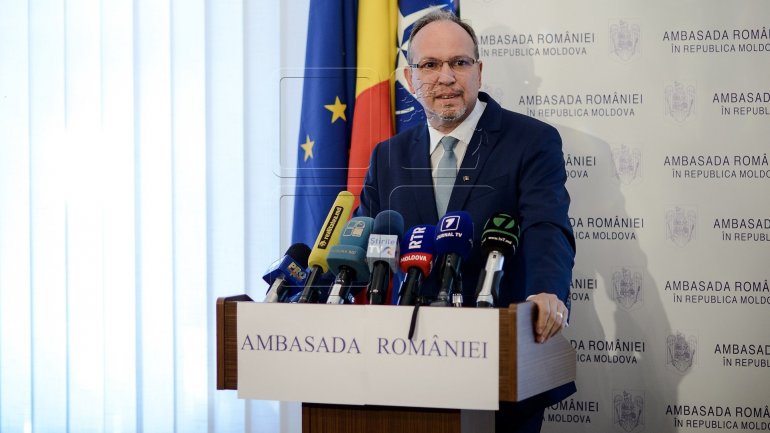 Romanian ambassador to Chisinau, Daniel Ioniță, has declared that supporting Republic of Moldova on it's European path is one of Romania's main priorities.

"What do you think regarding RM's development? I saw various messages. On one hand, I have heard deputies from European Parliament that reforms here are not democratic and not everything is well. On another had, President Iohannis declared at  New York that he appreciates everything RM has done, he appreciates the work Filip's Government has done and the path the country currently follows" director of "REPLICA",  Alexei Lungu said, wrote prime.md.

"Romania is keeping an eye on RM, of course it is important how we view those events. If we compare the end of 2015, we can see that now everything is getting better. Romania appreciates that Filip's Government has ensured stability and more than that, has even begun reforms. While those reforms are necessary, they are also painful. Since last year, the political situation has improved, a fact everyone admits. At the same time, this year, the state budget has also consolidated. I know that your Government is enriching the state budget using two simple methods: better Duty and Fiscal Services. From our point of view, all those are a good improvement. Of course Romania is also trying to see it based on the European Standards. Still I repeat, depends on how we look, I can only encourage authorities from Chisinau to continue this progress, which first of all means reforms. I know there are certain reforms that are not only necessary, but also awaited not only by the European authorities, but also citizens. It views to main aims: Fighting against corruption and developing the Business environment" Daniel Ioniță declared.

"What does Bucharest expects from Chisinau? Let us talk about economics, politics, social and cultural ones. If we take into consideration that according to the statistics, Romania is Republic of Moldova's main partner" director of "REPLICA",  Alexei Lungu stated.