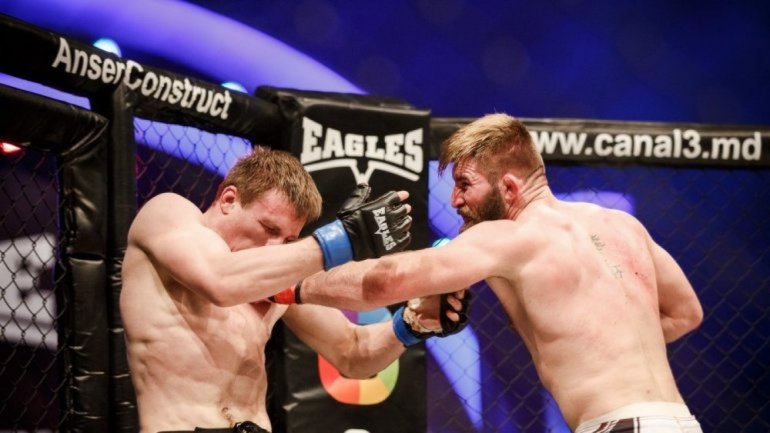 Moldovan MMA fighter, Daniel Filipschi, is back on track after a nearly two months break. In Chisinau, at Eagles Fighting Championship-7, he will once again face Romanian fighter, Radu Mihăiţă.

The two have already previously fought in February, during an MMA tournament also hosted in Chisinau. There, Filipschi lost the match after being choked.

"I waited for this fight. I will take my revenge and win" Daniel Filipschi declared.

"He deserves this chance, as he proved to be a good fighter. I am ready and consider that it will be my most important match" Radu Mihăiță said.

Filipschi fought in 8 professional matched and managed to win 5 of them. On another hand, Mihăiţă fought 6 times and won only once.

"Eagles fans cannot wait for the face off between Filipschi and Mihăiţă. Moldova's fighter took a pause and now is back. I believe he gathered his strength and will now take revenge from Mihăiţă FEA president, Dorin Damir announced.

Tickets can be bought at Moldova National Opera Ballet's box office, from Tuesday to Sunday.