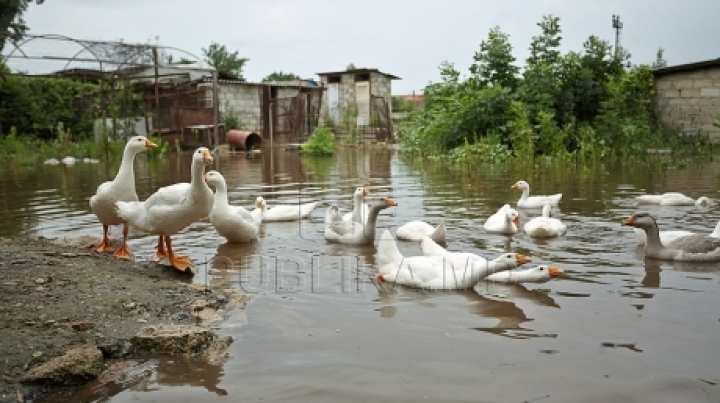 According to Emergency Situations Service, Cantemir district villages were most affected, where local roads and roofs were destroyed.

In Craciun village, the wind tore sheets of slate from several houses, and in Lingura town floods have washed another two kilometers of road.

Hail destroyed more than 25 hectares of grape vines in Antoneşti village of the same district.

Also, the wind destroyed more than 200 torn sheet of slate and wind snatched rooftops of several houses in settlements in Rosu and Alexanderfeld villages.

In Rădoaia village of Singerei district the storm destroyed the roof of a granary.