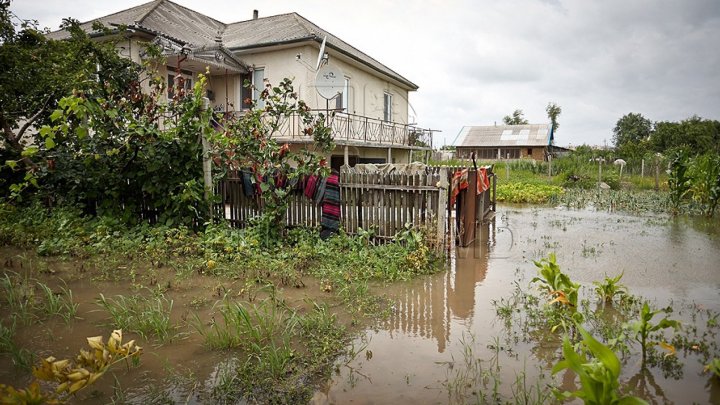 Dam strengthening work, in full process in the Stefan Voda district. Over 20 military soldiers, carabinieri and builders were mobilized in the area.

The resistance test will be on Tuesday, when a flood will reach the Southern part of the country. Until then the authorities are trying to prevent a possible misfortune. The most vulnerable districts are Tudora and Crocmaz.

"Work harder and if there are bigger stones, put them apart. Next one".

"We'll make it possible. We have to charge 1 300 sackfuls to strengthen the dam", said the company commander Maxim Gheorghii.

The Crocmaz mayor says that there are 200 households under danger. Until now, the river level reached increased about half a meter.

"The people were warned and instructed and are ready for the flood danger. The protection dam is following to be ready in the people's gardens. The dam will be about two meters high and two meters width. It's length will reach 200 meters", declared Crocmaz mayor, Ion Velesco.

The local people are worried but also ready to intervene in case of danger.

"We must help ourselves".

"We are worried about the following floods, especially about our houses".

"We had similar cases and also made a dam. We got to our houses and stayed until the end. We can only feed the helping people".

The General Inspectorate of Emergency Situations has summoned a crisis unit for the necessary actions of flood preventing around the Nistru and Prut rivers. Near Crocmaz were installed three field camps.

"They will be here in the flood risk period. Through the crisis cell was made to control the situation non-stop for emergency and evacuation cases", mentioned the press officer of IGSU, Liliana Puscasu.

The PM Pavel Filip summoned a special session on Wednesday for urgent solutions. Dam strengthening solutions will continue in the following days at Rascaieti, Olanesti, Purcari and Talmaza.