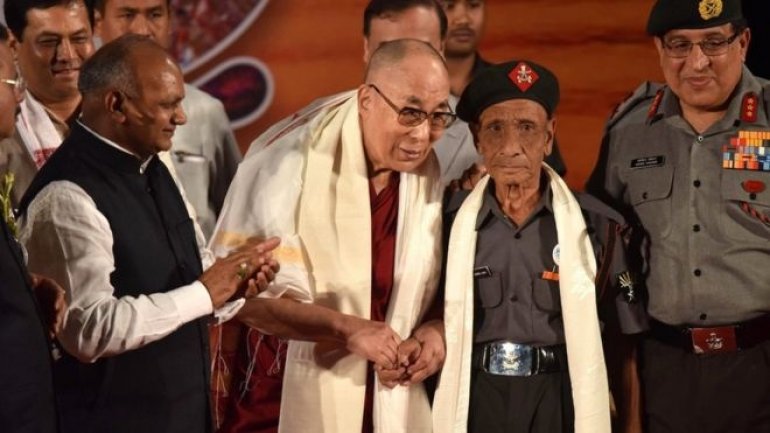 The Dalai Lama has come face to face with an Indian soldier who guarded him almost 60 years ago as he fled from Tibet to exile in India, BBC informs.

The Tibetan spiritual leader, 81, met Naren Chandra Das, 79, as he paid a visit to northeast India.

"Looking at your face, I now realise I must be very old too," he said.

He first met the guard in 1959 after a gruelling two-week trek across the mountains from Lhasa, after a failed Tibetan uprising against Chinese rule.

Disguised as a soldier, the Dalai Lama made his way with a small entourage to the border, having received assurances of Indian help.

Mr Das, a retired member of the Assam Rifles, said: "Guards of the Assam Rifles Platoon No 9 had brought the Dalai Lama from Zuthangbo and handed him over to five of us at Shakti [in Arunachal Pradesh, which borders China and Bhutan].