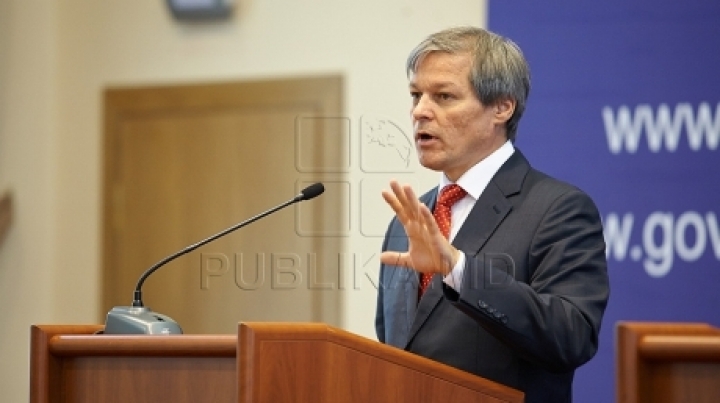 Romania wants to see it's neighbor, a prosperous and stable state, which is why, at the request of the Moldovan Government, they loaned 150 million euro out of which the first tranch was already disbursed.

The statement was made by Romanian Prime Minister, Dacian Ciolos in an exclusive interview for "First News" on Prime TV channel. The official also said they want investment in the energy sector of the country, along with leading support.

"We wanted to use this loan as a direct support of economic and social development of the country but also to regive credibility in a reform process in relation to international financial institutions. We want a very pragmatic stability, prosperity and development, it's in Moldovan citizens' interest along with Romanian citizens" , said Romanian Prime Minister Dacian Ciolos.

Dacian Cioloş said that in the following years, Romania is preparing to become a gas exporting country by participating in the construction of a gas pipeline through Bulgaria, Romania and Austria. Romanian industry and companies are ready to invest in our country.

"We want to pragmatically address the development of economic relations between Romania and Moldova. And we came up with very concrete offers. There are state companies in the energy field who are ready to invest money in Moldova, not only grants for interconnection as they were and continue to exist. Everything will depand on Moldovan government and how it wants to address privatization and establishing partnerships" , said Romanian Prime Minister.

Ciolos also said that Bucharest would continue to work on joint projects for road infrastructure, but will also facilitate customs procedures between Romania and Moldova.