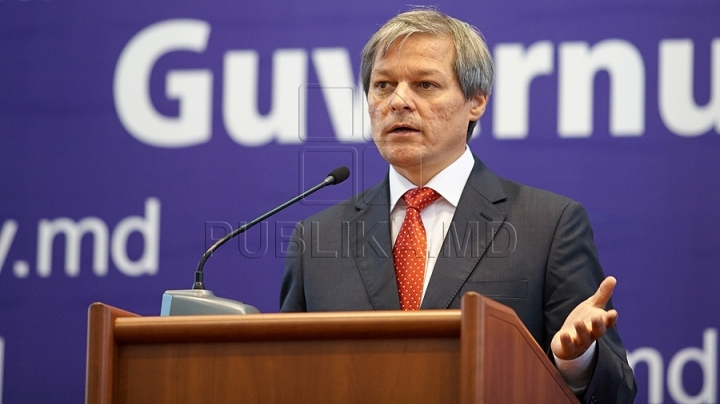 The reforms started by the Moldovan Government have clearly progressed, and this fact has determined the European Commission to start the process for the re-opening of the financing of Moldova. The announcement was done today by the Romanian prime-minister Dacian Ciolos, who came in an official visit to Chisinau.

“The fact that today the money are already on the account of the Moldova Government, that the Moldovan Government is going to sing an agreement with the IMF, that there are reforms who clearly progressed, and there is this acknowledgement at the European Commission level. Even yesterday I had a discussion with the European commissioner Hann and he confirmed to me that the European Commission will also start the procedure for the re-opening of the financing, this shows that the pragmatic way of work which we proposed from the start gave expected results” said the Romanian prime minister Dacian Ciolos.

He also met the Parliament speaker, Andrian Candu, and the president, Nicolae Timofti.

Also, Dacian Ciolos had a meeting with the members of the civil society and with the representatives of the opposite parties and the extra-parliamentarian ones.