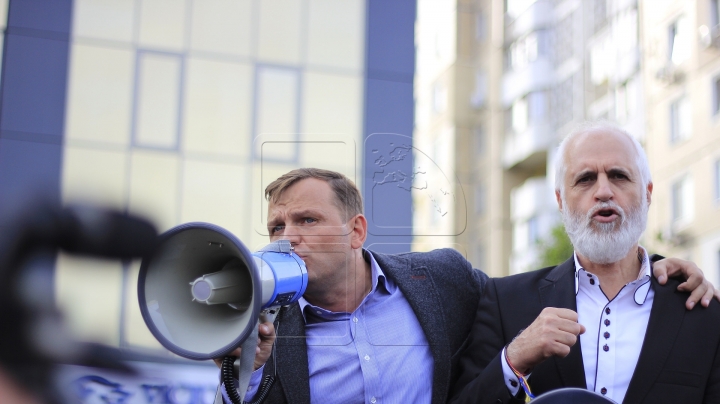 Dignity and Truth Platform Party, of fugitives Victor and Viorel Topa, makes its own law in the center of Chisinau, defying the notice of local authorities.

The City Hall has requested for the tents to be dismantled, in order for workers to continue the rehabilitation works of the Stefan cel Mare avenue in National Assembly Square.

Moreover, the people left in the tents feel themselves at home, and try to affirm themselves with the help of fists against those who are asking for reasons and motives.

When left without arguments, the supporter of Andrei Nastase has lunged with his fists against the journalist of Publika TV.

Attacks on troublesome journalists are a common method used by the members and supporters of DA party, encouraged even by the leaders of the party.

The media organizations have condemned repeatedly the attacks on media representatives.

Even the simple citizens of Chisinau are disturbed by the tents in which are just a few protesters.

The City Hall requested from the protesters to move their tents until Monday morning, so that workers could continue the rehabilitation of Stefan cel Mare avenue.