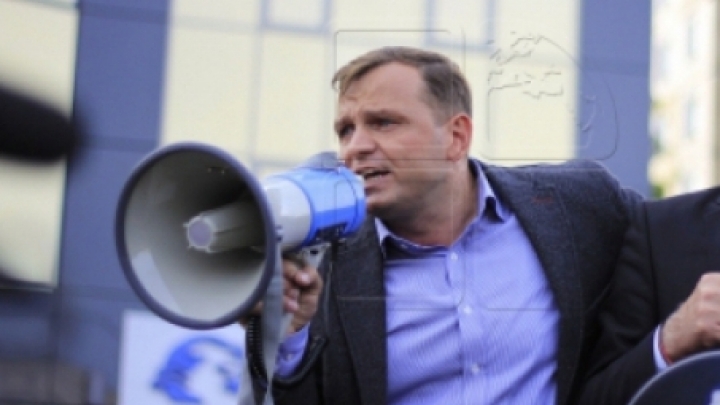 After the Democratic Party had filed a complaint against Andrei Nastase at the Election Commission (CEC,) the DA Party candidate has sent a threat to the Parliament speaker Andrian Candu.

"You are going to burn, boy," Năstase wrote to Andrian Candu.

Then Andrian Candu has posted a message on social media describing Năstase’s gesture as an act of hooliganism and rudeness, disgracing for a man pretending to want to rule a country, but can’t control his nerves and resorts to such hysteric moves.

"I ask myself what has made him so unhappy: my being in the U.S. and meeting top American officials, among whom the chief of the U.S. Congress, the place where he had edited that fake resolution and I have spoiled all his electoral show?

Or, maybe, he was disturbed by my interview appeared in the international media in which I say some candidates are funded by the Russians? That’s right: there are reasonable suppositions there is money from that area in his campaign. But everything in its time…," Andrian Candu wrote.

The speaker is going to file a complaint to the CEC after the menace, expecting the authority to punish that conduct.

"I don’t think people want a President with a gross conduct, a man not able to control himself and his nerves," Andrian Candu has written.