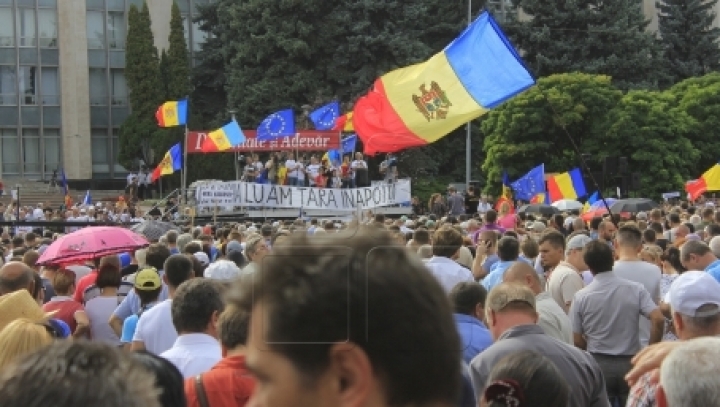 No public manifestation without aggressing media. The Dignity and Truth Party, backed by the Țopa fugitive convicts, has again made itself conspicuous by attacking and yanking journalists it feels uncomfortable with.

Although inviting reporters to their news conference, the DA Party leaders answered no questions, instead they called on people to attack investigative journalists.

DA party front-runners called on several people gathered in Chisinau’s central square to spit on Today.md journalists, and some even did so.

A reporter from that portal was also yanked by some members of the political party.

Dignity and Truth Party leader Andrei Năstase has said he assumes no responsibility for the conduct of his political followers: "I am not responsible for all the protesters. Every man if he is annoyed by a certain individual pretending to be a journalists may act as he wish."

It’s not for the first time that the followers of the Dignity and Truth Party behave violently with journalists. It also happened on May 6, when a protester hit in the stomach Today.md reporter Vadim Ungureanu.

The leaders of the DA Party of the Țopa fugitive convicts earlier also called some journalists losers and imbeciles.

Moldovan media NGOs condemned the aggressive conduct of the DA Party leaders then.