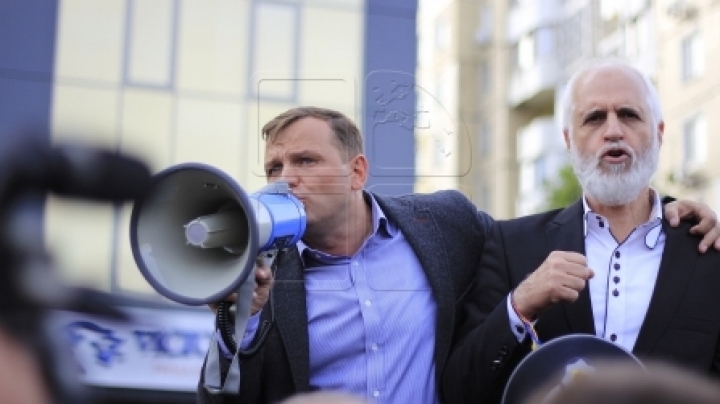 The KIV-FRA2 investigation has made Andrei Năstase give up running in the coming presidential race. Dignity and Truth (DA) party sources have told Today.md the journalism investigation has badly damaged his image within the party, what made him renounce.

Several days after the KIV-FRA2 investigation was aired, Andrei Năstase was stating he was subjected to harsh media lynching meant to press him to give up running for president.

Thus, according to his statement, on May 30, 2016, Andrei Năstase was actually the firm candidate of the DA Party. After the scandal triggered by offshore accounts and the millions of lei received by the candidate’s mother from Victor Țopa had reached maximum heights, the situation has turned up dramatically for Nastase.

Two days after a news conference, on June 2, Andrei Năstase flew to Frankfurt, a thing he acknowledged after being found out by Today.md journalists and, most probably, after a discussion with Victor Țopa (about whom media wrote he would be the direct financier and beneficiary of the DA Party). Later, a message announcing the DA Party was looking for a president was posted on the politician’s and DA Party’s Facebook pages concomitantly.

They also launched a hashtag -- #PresedinteleMeuEste -- as part of the candidate-seeking campaign.

From the above one may infer that the DA Party does not have Andrei Năstase as presidential candidate, as it had done till May 30, 2016.