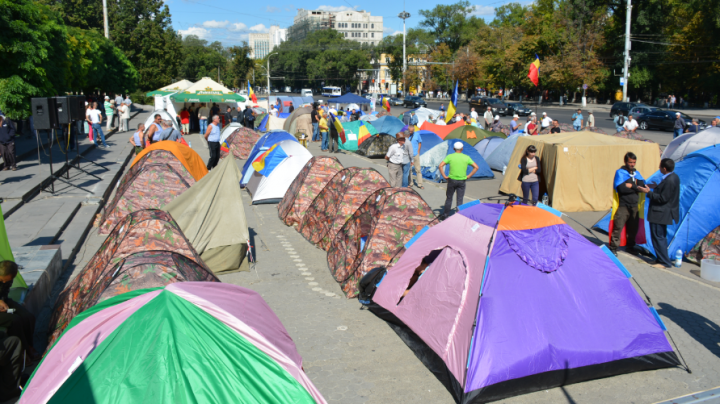 "Dignity and Truth Platform" Party, behind which are the fugitive oligarchs Victor and Viorel Topa, has time only until Monday to dismantle the tents from the center of Chisinau. The reason is the starting of rehabilitation works of Stefan cel Mare boulevard, near National Assembly Square. Otherwise, the police will intervene.

The representatives of the City Hall say that the leaders of DA Party have been informed through an official letter about the road rehabilitation works.

The residents of Chisinau say that they are disturbed by the tents in which are just a few protesters. Moreover, people say that their place is not in the National Assembly Square.


The first tents were put in the Square in September 2015. At the beginning were installed a few hundreds. Now only a few are left. Because of this, in the last nine months, in the center of Chisinau could not have been organized many cultural events.