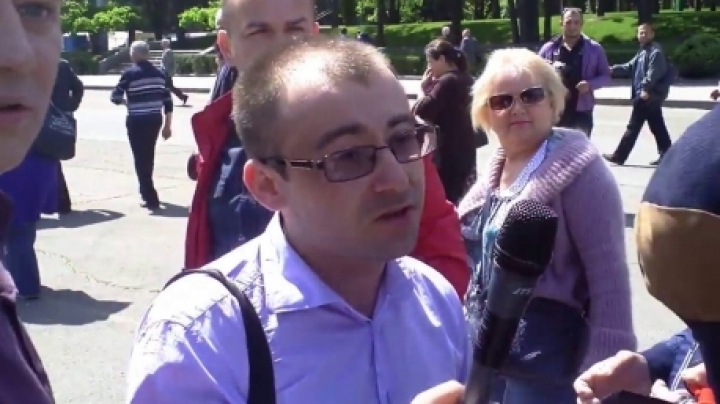 Dignity and Truth party followers attack journalists again. Today.md reporter Vadim Ungureanu has been aggressed again by members of the party financed by the Ţopa convicts.

The party supporters have shown themselves unhappy with a question put to Andrei Năstase, the wedding godson of the convicted oligarch Victor Ţopa.

The incident occurred after the party leaders held a media briefing.

Earlier, at several events organized by the DA Party, backed up by the Ţopa fugitive convicts , journalists from Publika TV, Prime TV and today.md were intimidated and yanked.

Afterwards, media-protecting NGOs issued a statement condemning the attacks on journalists and stating any aggression of media must be sanctioned.