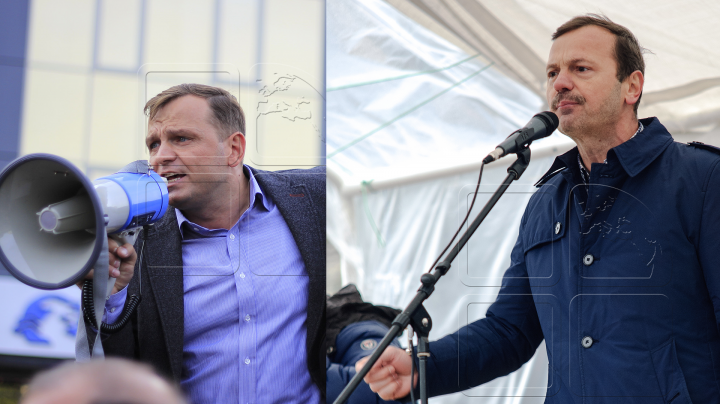 Not only the members of the “DA Platform” Party attack journalists, but also the leaders Andrei and Vasile Nastase are doing it.

In the framework of a meeting with people from Cimislia, Andrei and Vasile Nastase have allowed the entry in the meeting room only for chosen reporters. The reporter of Today.md portal was not allowed to entry and again was attacked physically.

The meeting was organized by the “DA Platform” Party in the Cultural Arts Centre in Cimislia. The leaders of the party have denied the entry of the “Today.md” journalist in the building, taking into consideration the fact that the institution is public.

At the meeting were present representatives of only one TV channel.

The reporter Vadim Ungureanu was attacked by the leader of the “DA Platform” Party, Vasile Nastase.

Meanwhile, the journalist Vadim Ungureanu has written a complaint to the police on the leaders of the “DA Platform” Party for aggression.

It is not the first time when the activists of “DA Platform” Party are using their fists. At the beginning of May 2016, one of them hit the reporter today.md, Vadim Ungureanu, in the stomach.

The media NGOs have expressed their concern regarding the repetitive attacks on journalists. Moreover, the NGOs requested from Ministry of Internal Affairs to react to these cases.

Hence, the police have opened many cases in which are investigated the aggression on journalists.

According to Penal Code, threatening a journalist is punished with a fine of 6,000 lei or jail up to 2 years.