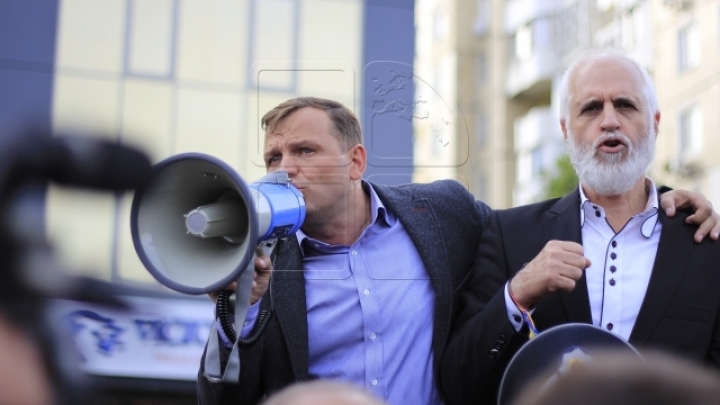 The law is not compulsory for Andrei Năstase. He has yanked police today, trying to burst into the sitting of the Superior Council of Magistrates (SCM). The police calls to calmness left cold the one representing the interests of the fugitive convicts Victor and Viorel Țopa.

The SCM today is considering the interim general prosecutor’s request to start a penal investigation into the case of judge Domnica Manole for pronouncing an illegal sentence.

It’s not for the first time that Andrei Năstase and activists of the DA Party of the fugitive convicts Victor and Viorel Ţopa yank police and media people.

Tens of police were injured by Năstase’s followers earlier.

On Monday, Today.md reporter Vadim Ungureanu was yanked by DA representatives, who were enticed by Dignity and Truth Party activists. Vadim Ungureanu is perceived as an uncomfortable journalists by the DA activists.