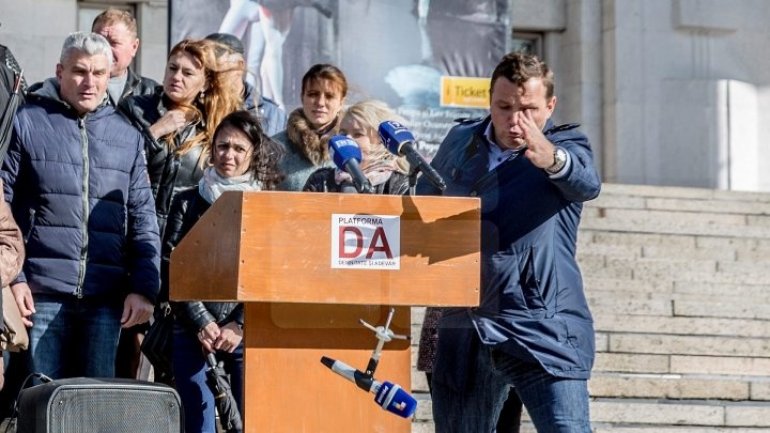 Leader of Dignity and Truth party, Andrei Năstase is shirking his responsibilities and denying his aggressive behavior towards journalists.

Asked today at the press conference regarding his behavior, Năstase smiled and ran away from Publika crew.

Năstase insulted Publika TV reporter Oxana Bodnar at one of his press conferences.

The aggressive reaction of the DA leader has been condemned by media organizations, who have mentioned that Năstase's behavior is contrary to the principles of the law.

Thus, the Publika team appealed to the General Police Inspectorate to investigate this abuse by a politician who, through his actions, hinders the good functioning of a press institution.

It was not first time Nastase showed his inappropriate conduct, before he assaulted the journalist deschid.md Vadim Ungureanu.