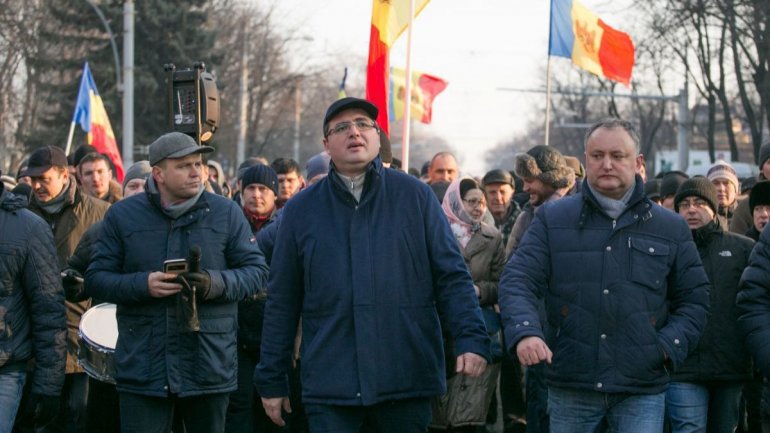 The leader of the Dignity and Truth Party, Andrei Năstase, a protest partner to Igor Dodon and Renato Usatîi, has started preparing destabilization actions right in the beginning of the year.

He paid some visits and had interesting discussions, in his opinion, which are going to be ‘decisive’ for his 2017 political path.

Năstase visited his wed godfather from Frankfurt, the fugitive Victor Țopa. They discussed about moves to be undertaken against the pro-European government of Moldova.

Năstase returned to Chișinău via Moscow. He met there his protest comrade, criminally indicted Renato Usatâi. According to today.md’s sources, Renato organized for Andrei new meetings with representatives of the Russian intelligence services.

Although it is still not known what the content of those discussions was, it’s certain they can mean but murky scenarios for Moldova’s destiny.

Today.md reminds that last year Năstase was in Moscow meeting Usatîi, the gangster Bulgaru and representatives of the secret services.