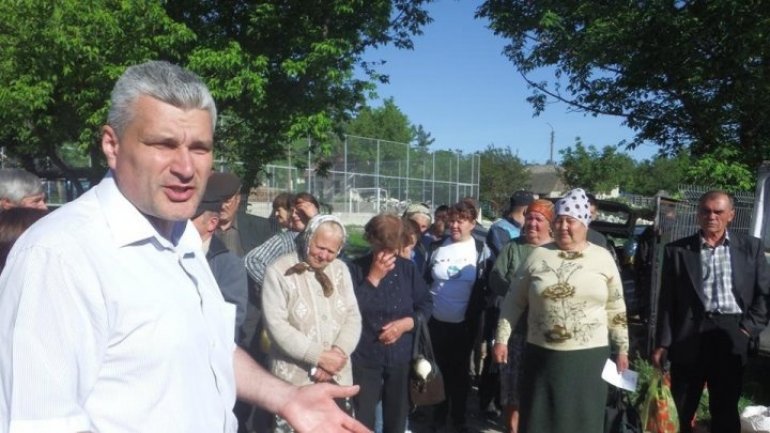 In fact, photos of Andrei Năstase and Maia Sandu together with Ludmila Kozlovka, the president of this organization appeared on social network.

Earlier, the Financial Times wrote that Andrei Năstase and Maia Sandu went to the European Parliament and the Europe Council, which was sponsored by the Ablyazov's organization.

"I and my colleagues have no idea about this foundation. We do not know this foundation. Certainly, we have nothing to do with the oligarch in Kazakhstan, " said PPDA vice-president Alexandru Slusari.

Likewise, Slusari argues that, although the PAS and DA leaders appear in photographs with the foundation president, Ludmila Kozlovka , this does not prove that the travels to the European Union were financed by the Kazakh oligarch.

"As far as I know, Ms. Kozlovka is dealing with human rights law enforcement and there has been a meeting in Brussels with several civic activists, and I do not even know if there is any connection between Mrs Kozlovka and the oligarch you're talking about" , PPDA Vice President Alexandru Slusari said.

At the beginning of October, an investigation published on timpul.md related to the professional career of oligarch Mukhtar Ablyazov showed that he could become rich by raider schemes, money laundering and racket.

Moreover, this would have been behind the funding of political movements, including the orange revolution in Ukraine.

According to the investigation, Maia Sandu and Andrei Năstase have been participating in the activities sponsored by the oligarch Kazakh Ablyazov.

Moreover, according to the investigation, the Open Democracy Foundation, led by the Ukrainian Ludmila Kozlovska, actively supports the right-wing opposition from Chisinau, finances the travels of the PAS and PPDA leaders, as well as journalists positioning against the government, in all kinds of forums and assemblies .

Moreover, the foundation is trying to present them as victims of political clashes to Veaceslav Platon,  and party leader Renato Usatîi, who would be good friends with Mukhtar Ablyazov.

Also, according to Business Insider, which attributes Ablyazov as the organizer of the largest fraud all time, the Kazakhs billionaire is accused of defrauding more than five billion dollars through a network of companies he holds.

Ablyazov, former president of the BTA bank in Kazakhstan, was found guilty of failing to declare the wealth he had gathered.