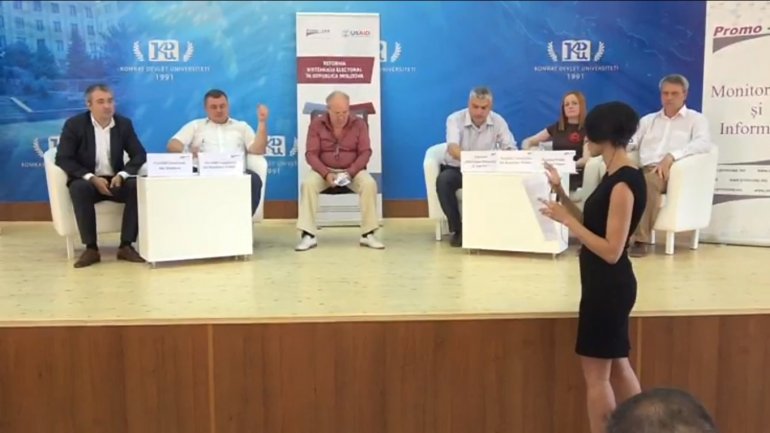 The representatives of "Dignity and Truth" party and PCRM have been booed by civil society of the Gagauz Autonomy during a debate organized on change of electoral system.

The authors of the project, opposition parties and locals from the Gagauz autonomy were present at the debate.

Locals weren't happy with the statements made by PCRM and "Dignity and Truth" party.

"In 2014, there were only 5 deputies from different parties. This voting system will allow us to have a deputy and half" , said deputy president of Dignity and Truth party, Alexandru Slusari.

"Almost every study made shows PDM won't get the needed votes to get to Parliament" , said PCRM deputy, Ina Supac.

"When were you being honest? Back when you wanted power, or right now when you don't even have arguments. You're only attacking the Democratic Party of Moldova" , said PDM deputy, Sergiu Sirbu.

"Gagauz people will choose the person representing them in Parliament."

The draft law on the mixed system was voted in first reading. The document stipulates that 50 deputies will be elected on party lists and 51 - directly by citizens, by direct voting in a single round.