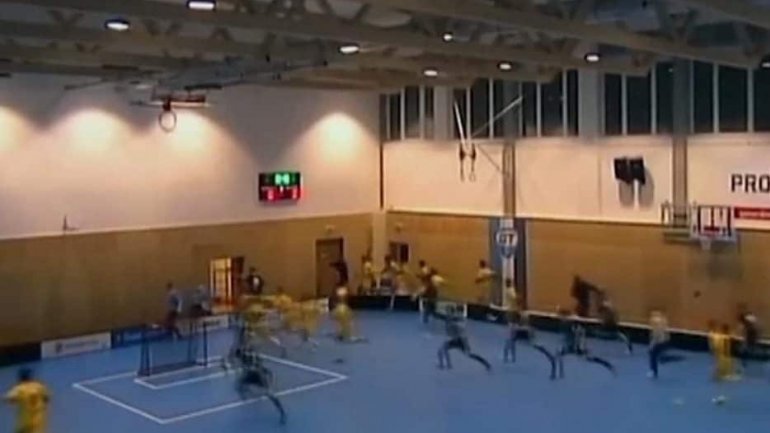 The roof of a newly opened sports arena in the Czech city of Ceska Trebova collapsed on Saturday night.

Despite the arena's sports hall being occupied, no one was injured in the accident, Renata Typlova, chairwoman of the local floorball club, local the Czech News Agency CTK.

There were 80 people in the arena before the accident, but all of them managed to escape in time, though the roof caved in and hit the ground quite quickly, she added.

The police are investigating the cause of the accident.

Only two participants in the flooTball tournament, aged around 16, suffered minor injuries when fleeing the arena.

They were treated in a nearby hospital in Ustinad Orlici, Typlova said.

It is not clear why the roof collapsed all of a sudden, arena designer Tomas Fris told reporters, adding that all construction standards were observed.

There was a 25-centimeter layer of snow on the roof before the accident, but Fris said the snow could not have caused the collapse.