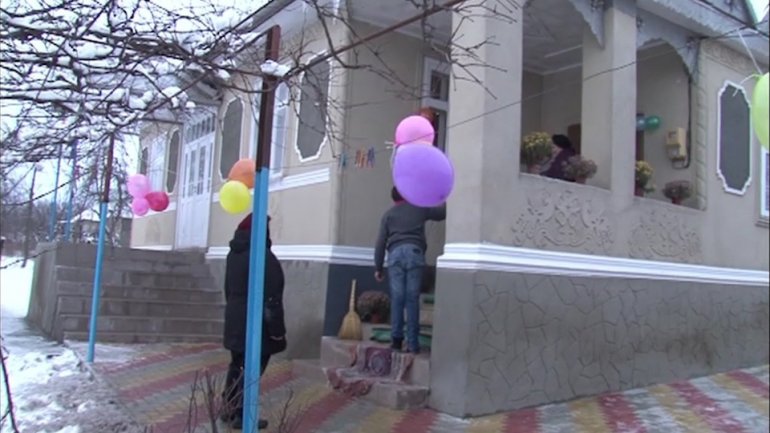 Six persons from Psycho-Neurological Boarding House of Bădiceni, Soroca district, have gained their own house. Four women and two men, who spent nearly two decades in the institution, have become part of the society. Their new home is also located in Bădiceni.

14 of his 45 years, Anatol Drozdov spent in the boarding house. He was abandoned by his parents as a child, being deprived of any chances of family. Now he hopes to lead a normal life.

"My family abandoned me when I was four. If I will manage to find someone, I hope for a family, why not?" Anatol said.

Svetlana Baron has also received a new place to call home. She claims that this new environment is better than at the boarding house: "Everything is so nice here. I already got used to it. We clean this place and kindle a fire to keep it warm. We prepare food and eat here."

In order to gain more independence, the six people are being helped by a social assistant.

"We teach them to cook. We made placinte and dumplings. I taught them to use the stove, the washing machine. To be careful" social assistance, Elena Nepeivoda explained.

The house costed 220 thousand lei. The money being offered by the Government of the Czech Republic.

"We offered them all the necessary conditions, in Bădiceni there was the issue of drinking water, therefore we dug a well" director of the Psycho-Neurological Boarding House of Bădiceni, Ion Gulica, stated.

Four more such houses will be created using the money offered by Czech Republic.

"It is great that those people have the chance to lead a normal way of life. For this project, during three years, Czech Republic, has offered 450 thousand euro" Ambassador of the Czech Republic to Moldova, Zdenek Krejci declared.

Guests have also brought gifts to the event.

Psycho-Neurological Boarding House of Bădiceni hosts over 390 people with special needs. According to the director, only half of them can live by themselves, the rest requiring special care.