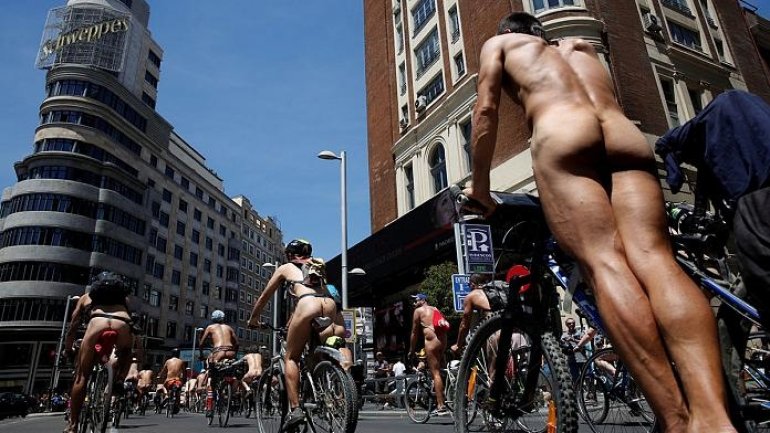 The bare truth about cycling in a city is that it’s extremely dangerous. That’s the message from hundreds of people who took part in the 14th edition of the World Naked Bike Ride in the Spanish capital, Madrid, as stated by Euronews.

“We don’t want any more deaths of cyclists in Madrid and on the highways. There must be more respect for cyclists and people should go out and ride bikes so there’ll be less pollution,” explained Lucy.

Nudity is optional but encouraged. People in more than 20 other countries stripped down to the essentials to take part in similar events. The organisers say being naked in traffic is the best way to reveal how cyclists feel sharing streets with cars and buses.