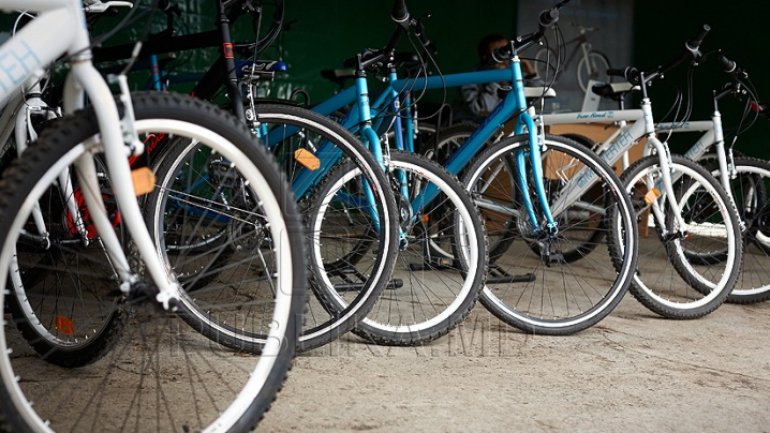 15 brave cyclists adventured a 4 day trip to Bucharest. They began this adventure in the early morning, planning to ride a 700 km road. The event itself was established by Hospices of Hope Moldova, organization which develops and strengthens care services for incurable patients from rural areas of our country.

“Through this event we intend to collect 10 000 euros.  Everyone might support us financially through guvern24 online platform  or  contact our representatives for offline donation information.  Each and every participant is planning to get up to 500 euros, and at the same time we also have sponsorships from various commercial companies.” emphasized Raluca Muntean, Hospices of Hope Moldova’s executive director.

Cyclist sustain they did agree with the trip idea, because it has a noble purpose. They will have to ride 150 km per day. It is supposed to be a tough road, for there are various forms of relief. This evening they’ll have the first stop in Iasi. Later, they will pass on to the Lake Bicaz, Miercurea Ciuc and Brasov.

“We didn’t ever travel this road, so it looks to be interesting and with lots of challenges. Last year we’ve gained the amount of money we were planning” Andrei Lutenco, one of the participants said.
Boys were also joined by two girls.

Participants are also supported by British Embassy in Moldova.

“This organization did a fantastic job here, in Moldova. They have done everything they can to ensure that cancer patients won’t die in agony and this is very important. We have claimed many similar events.” Britain’s Ambassador in Moldova, Lucy Joyce said.

Cyclist are planning to return back till 24th of June. They have promised to place pictures and videos from the trip on social networks to promote the event.

This is not the first event of its kind, last year cyclists participated in a similar race.