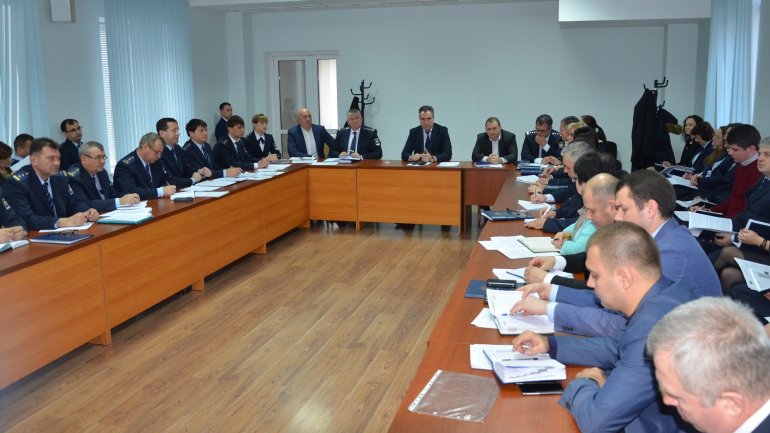 Director General of the Customs Service, Vitalie Vrabie chaired a review meeting for his first 11 months of activity, during which he presented a comprehensive analysis of the basic indicators of the customs authorities.

Thus, during January-November this year, the Customs Service has charged the state budget with 15.7 billion lei, thus registering a record increase of approximately 10-per-cent or with 1.4 billion lei more than in the same period of year last.

The largest share in the income structure hold: 24% petroleum products, tobacco items with a 12% share, followed by household appliances - 5% and consumer goods - 4%.

All for the same period is attested a significant increase in customs fraud detection rate by about 50% more than the same period last year. The highest performance indicators are observed for tobacco products undeclared cigarettes where the number detained increase 2 million pieces or 2.5 times more compared to the same period in 2015. It is worth mentioning that about 30% of the cigarettes seized were detected by the dogs of the Customs Service Dog Center.

At the same time, the value of smuggled goods has increased detained by 134.8 million, representing an increase of 3.5 times compared to the reference period of last year when that figure was 52.2 million.

"The results indicate the quality of the duties, the classification of goods and collection of customs payments which will ensure continuing a trend of growth in all fields" , said in his speech Vitalie Vrabie.

Beyond the statistics presented, discussions were focused on the new changes conditional on institutional reorganization. According to the new concept of organization, as of February 1st, 2017, electronic customs clearance of export will perform at internal customs posts. The measure adopted will allow the flow of traffic at the ports, reducing any clumps and eliminate potential risks relating to export transactions.