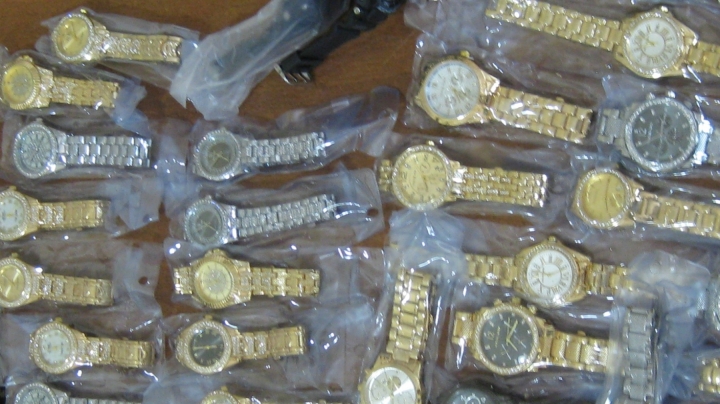 Wanted to gain money, but luck was not on his side. A 47-year-old man might receive a good fine for smuggling.

More exactly, in the trunk of his car, police found 36 watches which had the markings of famous brands, destined for illegal trade on local market.

The case took place on 13 September 2016 at the Palanca customs.

The police suppose that the accessories were counterfeit.

According to preliminary information, the goods were bought from the market “KM7” from Odessa and were heading to the markets from Chisinau.

The seized goods will be verified under the aspect of breaking the right for intellectual property, and the person involved will be punished according to provisions in force.