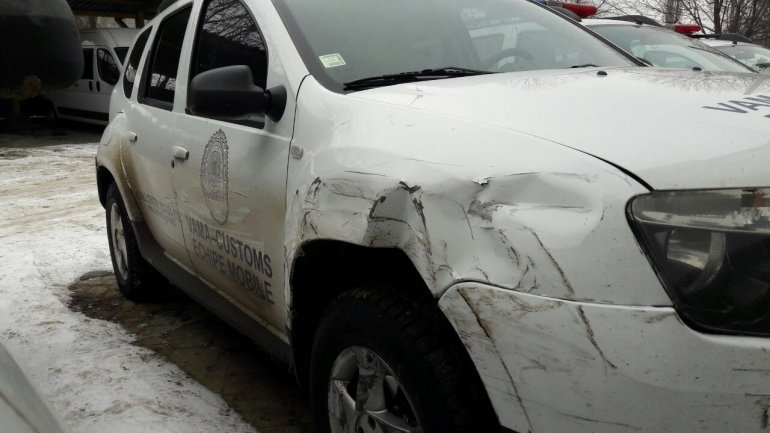 A mobile equipment of the Customs Service has been injured last night by two men who held information about being part of a criminal group specialized in smuggling of goods.

The suspects tried to avoid the checks of the cars and put the lives of officers in danger along with those of simple people.

According to procedure, the customs officers tried to stop the car through special warning signals include light and sound, but they were ignored by the driver, which accelerated and continued moving towards Chisinau.

The driver of the car was summoned by customs inspectors until the arrival of the National Inspectorate Patrol crews.

Investigations will continue in order to establish all details of the smuggling case and to identify all persons involved.