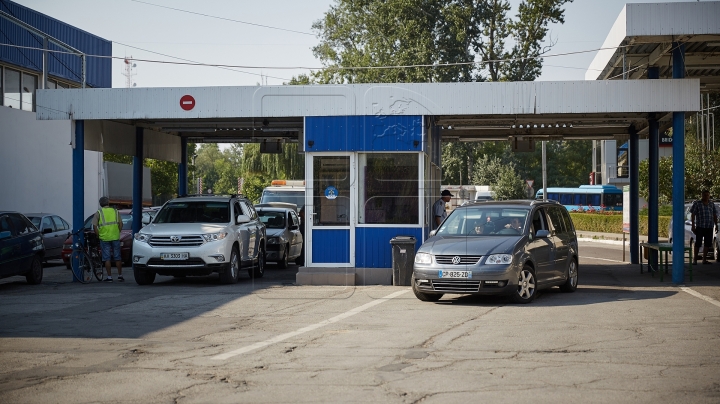 The inspector of the Cahul customs post, who allowed a bus involved in smuggling activities of huge proportions to cross the border, was detained by the penal investigation officers of Customs Service for 72 hours.

PUBLIKA.MD reminds that on this case, two foreign citizens are investigated, who were transporting icons and commercial goods in total amount of over 1.3 million lei. The felony was disclosed by the inspectors of the Mobile teams of Customs Service, entity ensuring the second control line, reason for initiating the service investigation in order to establish an eventual involvement of officers from the post – case publicized yesterday, 5 October 2016.

In the result of the preliminary investigation, the officers of the Penal investigation department of the Customs Service established that the mentioned inspector has exceeded his work attributions by authorizing the passing of the respective lot of goods without requesting the right of import.

Considering the gravity of the committed infringement, it was disposed the start of the penal investigation based on the constitutive elements of the crime foreseen by art. 328 par. 3, letter d) of the Penal Code of Moldova – “The exceeding of work attributions resulted in grave consequences”, which is punished with jail from 6 to 10 years with the stripping of the right to have specific positions or to conduct a specific activity  on a period of 10 to 15 years.

In the framework of the initiated penal case are conducted the necessary measures in order to establish the involvement of other employees of public authorities with control functions at the border, including under the aspect of committing the crimes of corruption and the connected ones.