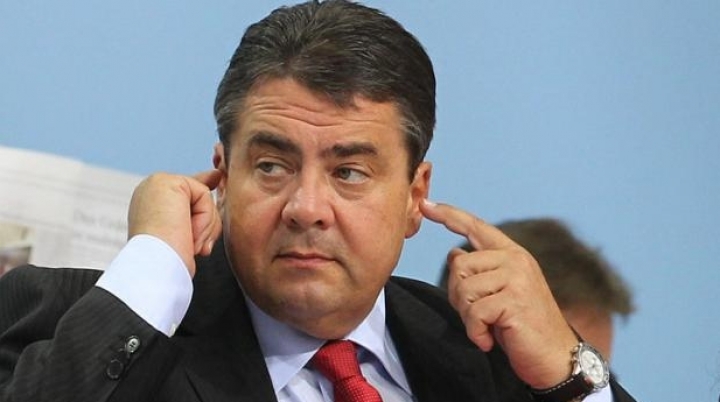 The speaker of Iran's parliament, Ali Larijani, canceled talks with German Economy Minister Sigmar Gabriel on Tuesday during his high-profile trip to Tehran, snubbing the German who had earlier stressed the need for reform in the Islamic Republic.

Larijani, seen as a moderate conservative in Iran, was the highest-ranking figure Gabriel was due to meet on his two-day visit aimed at boosting business ties. No reason was given for the cancellation, a spokeswoman for Gabriel said.

Gabriel had on Monday backed reforms pursued by President Hassan Rouhani. "The alternative to the current government is a return to the times of great confrontation," Gabriel said.

He said Germany wanted to help improve the economic lot of people in Iran so that the government did not lose support.

Gabriel has also warned Tehran that to normalize relations, it must accept Israel's right to exist and urged Iran to do what it could to push for a ceasefire in Syria.