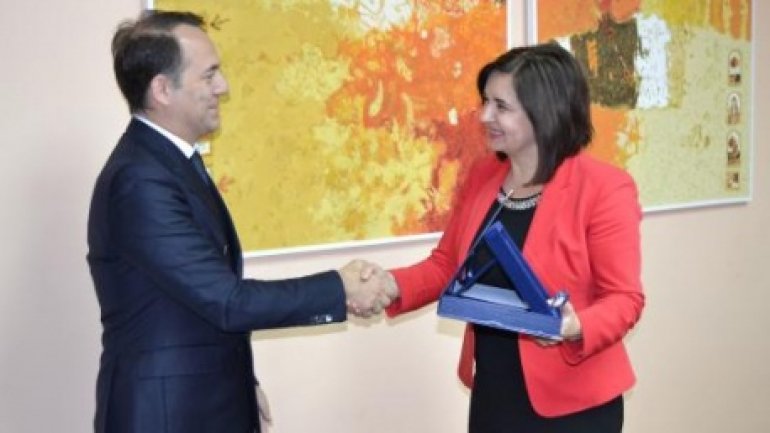 The award was conferred by the Italian Trade Chamber in Chișinău for actively contributing to the developed of culture and promoting the Moldo-Italian cultural partnerships.

Monica Babuc thanked and expressed her confidence in speeding up the cultural dialogue by promoting cultural values and supporting cultural events.

Enrico Nunziata showed availability to boost the cultural cooperation between the two countries. He rendered the gratitude of the Toscana authorities to Monica Babuc for varnishing an exposition of Moldovan icons dating back to the XVII-XIX centuries from Moldova’s national heritage: a premiere for Italy.