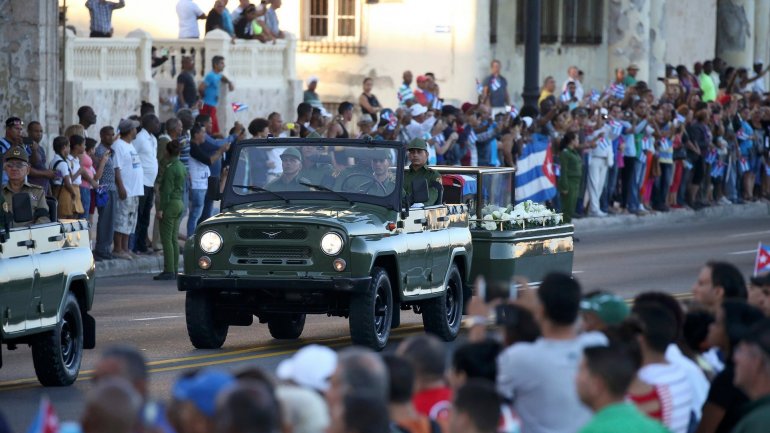 Fidel Castro’s ashes have begun a four-day journey across Cuba from Havana to their final resting place in the eastern city of Santiago, reports The Guardian.

A small, Cuban-flag-covered cedar coffin containing the remains of the 90-year-old leader was taken out of Cuba’s defense ministry just after 7 am and placed into a flower-bedecked trailer pulled by a green military jeep for the more than 800 km procession. The ashes will be interred on Sunday, ending the nine-day mourning period for the man who ruled the country for nearly 50 years.

The route traces in reverse the victory tour Castro and his bearded rebels took after overthrowing the forces of strongman Fulgencio Batista in 1959.

Outside Havana, the caravan will pass through rural communities significantly changed by social and economic reforms he adopted. Many residents now have access to healthcare and education. But many of those towns are also in a prolonged economic collapse, the country’s once-dominant sugar industry decimated, the sugar mills and plantations gone.

Thousands of Cubans lined the streets of Havana, some sleeping on sidewalks overnight, to bid goodbye to Castro. Many had attended a massive rally on Tuesday night at Havana’s Revolution Plaza, where the presidents of Cuba, Mexico, Ecuador, Bolivia, Venezuela and South Africa, along with leaders of a host of smaller countries, offered speeches paying tribute to Castro, who died on Friday night.