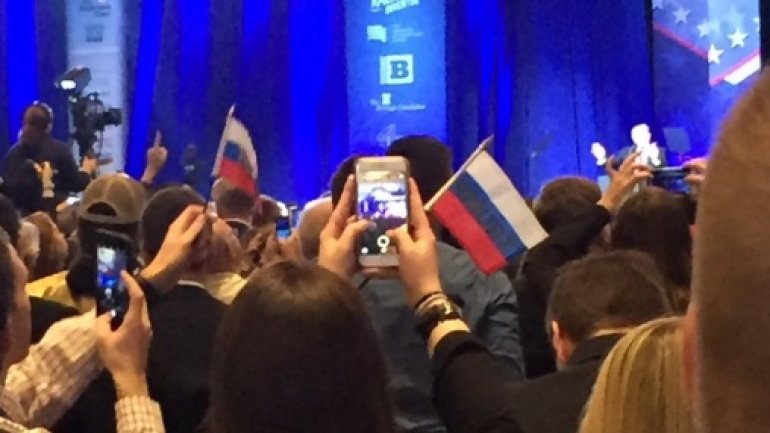 Audience members at the Conservative Political Action Conference have been pictured waving what appear to be Russian flags as they listened to Donald Trump's speech.

In photos that emerged from the crowded conference hall in Washington, people in the crowd can be seen waving the flags emblazoned with the word “Trump”, next to supporters wearing Make America Great Again hats.

According to one attendee, the flags were handed out to college students in the audience who may not have been aware of the fact they bore Russia’s national colours.