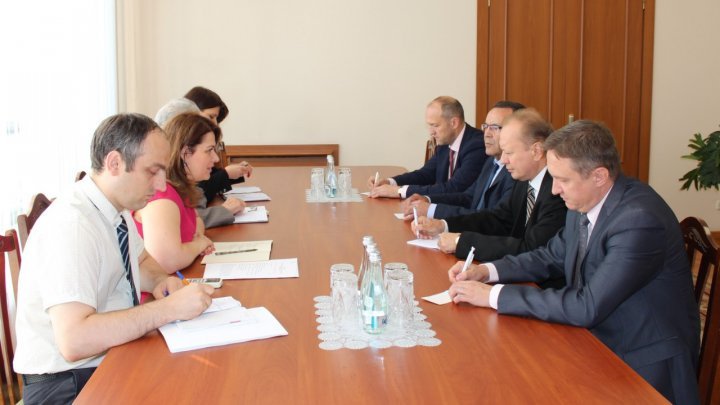 Deputy Prime Minister Cristina Lesnic had a meeting with the Special Representative of Ukraine in the process of negotiations for the Transnistrian settlement Viktor Krijanovski. The event was also attended by Ambassador of Ukraine to the Republic of Moldova, E.S. Ivan Gnatâşin.

At the beginning of the meeting, Deputy Prime Minister Cristina Lesnic thanked the Ukrainian partners for their consistent contribution to promoting the Transnistrian settlement process during the official round of the "5 + 2" negotiation format in Rome, held on 29-30 May 2018.

In the continuation of the dialogue, the Ukrainian officials noted that they took note of the incidents recently set in the perimeter of the Security Zone and that Ukraine does not tolerate such challenges.

Deputy Prime Minister Cristina Lesnic highlighted the issues raised during the meetings of the political representatives from 21 and 22 June, the activities carried out in the sectoral working groups, highlighting the approaches of the Moldovan side regarding the topics discussed and the visions for their solution.

At the end, Deputy Prime Minister Cristina Lesnic thanked officially for Ukraine's support in the Transnistrian settlement process and for supporting the resolution "On the complete and unconditional withdrawal of foreign military forces from the territory of the Republic of Moldova".
AFLĂ imediat Știrile Publika.MD. Intră pe Telegram