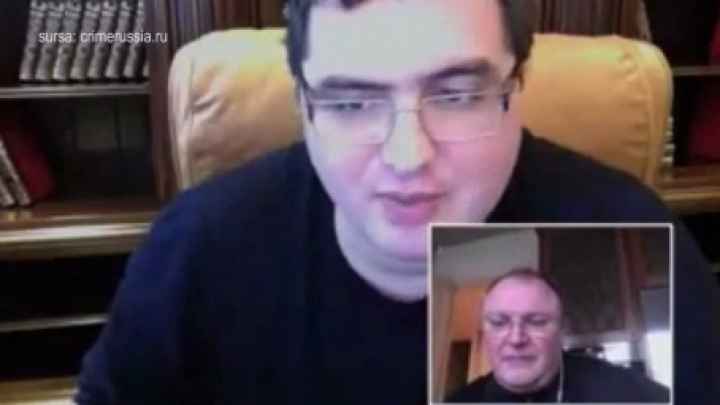 Renato Usatîi was made by the Russian secret services and Moscow-based protectors to persecute former owner of Universalbank  Gherman Gorbunţov. Blogger Veaceslav Balacci writes about this on his blog, who also maintains that Usatîi’s key assistant in dealing with Gorbunţov, also called the black banker, was the former Premier Vlad Filat.

Referring to the Russian news agency Rosbalt.ru, the blogger writes that, till 2009, Gorbunţov had been known as the main player on the market of laundering Russian money, being compared to CIS number one raider Veaceslav Platon.

According to Balacci, the glorious road of the black banker ended, after one billion dollars had disappeared from one of his banks, but that money belonged to the former head of the Russian Railways, Vladimir Yakunin.

In private discussions, Usatîi confirmed that Yakunin, known to have been close to Putin, was his main protector.

Shortly, Gorbunţov was forced to sell off his properties in Russia in order to return the vanished billion. The banker was persecuted on and had to flee from Russia.

Arriving in Chişinău, Gorbunţov bought Universalbank. Enter Renato Usatîi, who was charged by his Moscow masters to stalk Gorbunţov and get the debt remainder. For that purpose, the present Bălţi mayor was infiltrated by the Russian secret services into Filat’s entourage, who named him a ‘principle state advisor.’

Then, the former PLDM leader introduced Usatîii to several top bosses from the Interior Ministry and SIS (Security Service.)

The criminal saga between Gorbunţov and Usatîi continued in London, where the Moldovan killer Vitalie Proca  shot 8 bullets into Gorbunţov. The controversial banker who remained alive later accused Usatîi of attempting to murder him.

The present Bălţi mayor repeatedly denied his link to attempt to the banker’s life, responding that it was Gorbunţov who tried to eliminate Usatîi several times.