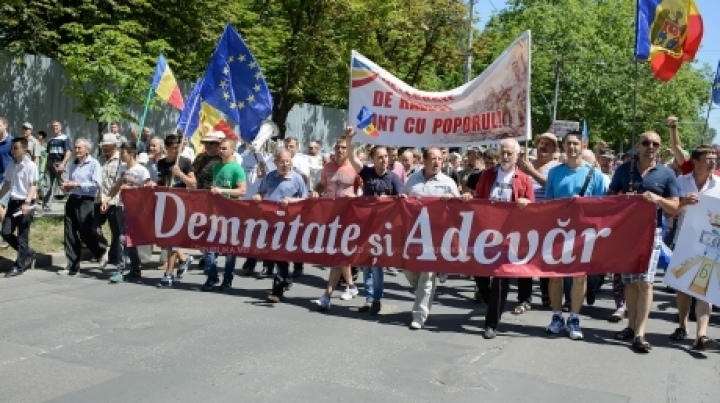 According to "Guard Unit" broadcast from Channel 3, Constantin Boisteanu's car was stopped by police last night.

The man refused to pass the alcohol test and a criminal record was opened.

Constantin Boişteanu's car, member of "Dignity and Truth" Platform, behind which are Topa gangsters, was stopped by police patrol at 10:40 p.m in Ciocana sector. He refused to pass the alcohol test and police escorted him to Narcological Dispensary.

"My request is don't run anything you registered."

At the exit of Narcology Dispensary, Constantin Boişteanu said again that he refused to do the alcohol test.

"Expertise has not shown anything. Yeah I don't want to, don't want to do it. I am a member of the "Truth and Dignity" Platform" , said Constantin Boişteanu.

For refusing to pass the alcohol test, the member of "Dignity and Truth" Party had a criminal record and risks a fine of up to 30,000 lei with driving disqualification for a period of 3 to 5 years.