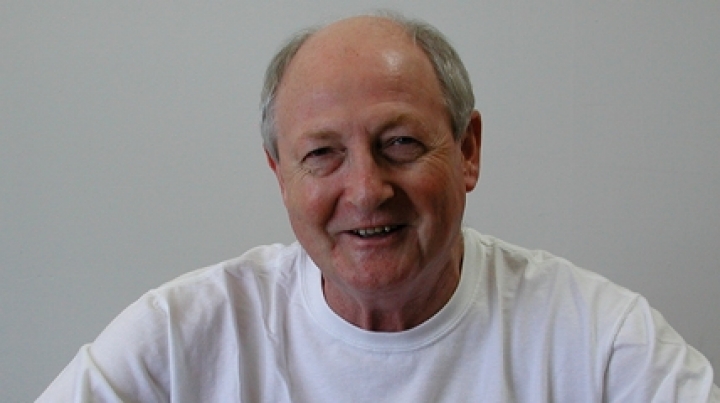 John Ellenby, a British-born computer engineer who played a critical role in paving the way for the laptop computer, died on Aug. 17 in San Francisco. He was 75.

His son Thomas confirmed the death but said the cause had not been determined, reports The New York Times.

Mr. Ellenby’s pioneering work came to fruition in the early 1980s, after he founded Grid Systems, a company in Mountain View, Calif. As chief executive, he assembled an engineering and design team that included the noted British-born industrial designer William Moggridge.

The team produced a clamshell computer with an orange electroluminescent flat-panel display that was introduced as the Compass. It went to market in 1982. The Compass is now widely acknowledged to have been far ahead of its time.

“The Grid Compass was the first successful clamshell laptop computer,” said Marc Weber, a historian at the Computer History Museum in Mountain View.

It went on to become a valuable tool for big corporations, government spies, White House and Pentagon officials, and even astronauts, surviving the midair explosion of the space shuttle Challenger in which seven people died.

The Compass came with advanced, and expensive, data storage capacity called bubble memory and was accordingly pricey, originally selling for $8,150 ($20,325 today). As a result, it found an enthusiastic market not with consumers but rather in Washington.

One version, intended for United States special-operations forces, was said to have come with a red dot on its black magnesium case, placed there as an aiming guide for any commando who might have to shoot the device to destroy its data quickly.

Intelligence agencies were also eager buyers; the Compass was marketed as a kind of sexy, high-tech device that might appeal to James Bond.

Another user was Vice Adm. John Poindexter, President Ronald Reagan’s national security adviser in the mid-1980s. Admiral Poindexter, a computer hobbyist, would take the laptop with him when Mr. Reagan traveled.

He would also spend his free time using the Compass to reprogram the IBM electronic mail system that the White House employed, according to James Opfer, who was director of the White House Communications Agency then and who arranged the first White House purchase of the machines, for $2 million.

Mr. Opfer said in an interview that he was “90 percent certain” that for a time, a Compass accompanied the president’s ever-present “nuclear football” — the device, carried by a military aide, that makes it possible to launch nuclear weapons. “It was quite heavy,” he recalled.

NASA also used one as a backup navigational device in its space shuttle program. One was aboard the Challenger on the morning of Jan. 28, 1986, when a rocket-booster failure destroyed the craft shortly after liftoff from Cape Canaveral in Florida. The Compass, which had been attached to a dashboard with Velcro, was recovered from the debris and found to be still working.

John Ellenby was born in Corbridge, in northern England, on Jan. 9, 1941, to Conrad Ellenby, a zoologist, and the former Mary McCarraher, a biologist. He studied economics and geography at University College London and spent a year in the early 1960s studying at the London School of Economics, where he encountered mainframe computers.

He later worked for the British computer maker Ferranti and lectured on computing at the University of Edinburgh in Scotland. He moved to Northern California in the early 1970s to work for the Xerox Corporation at its Palo Alto Research Center.