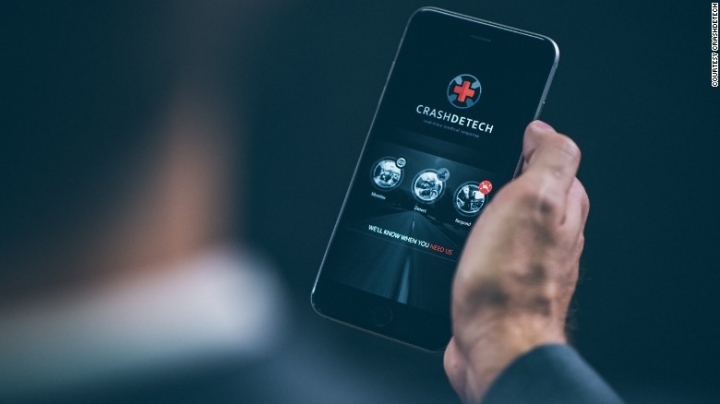 Every 30 seconds a person is killed in a road crash, according to figures from the Global Road Safety Partnership. That's more than 3,400 people per day and 1.25 million people per year, CNN reports.

The app pinpoints the location of the accident and automatically calls an emergency response center, which will dispatch the nearest medical emergency team.

CrashDetechs also sends personal medical information, such as allergies and blood type, to enable doctors and paramedics to offer more effective treatment. The aim is to reduce waiting times, and in doing so, save lives.

"Let's say in a rural area you're involved in a crash and you're off the road. There's a good chance that nobody might even notice the crash. You can't speak for yourself, and those patients will probably never get the right kind of treatment to them in time."

According to Dr Pieter Venter of the Global Road Safety partnership, mobile technology start-up's like CrashDetech have exciting potential.

"A number of providers of such services have launched both here in South Africa and right around the world, and there is a growing body of anecdotal evidence which supports the position that this technology can play a key role in helping to save lives," Venter said.

One of the app's key advantages is it has grouped together 113 different private emergency medical providers in South Africa, meaning its customers have a greater chance of accessing an ambulance that's near.